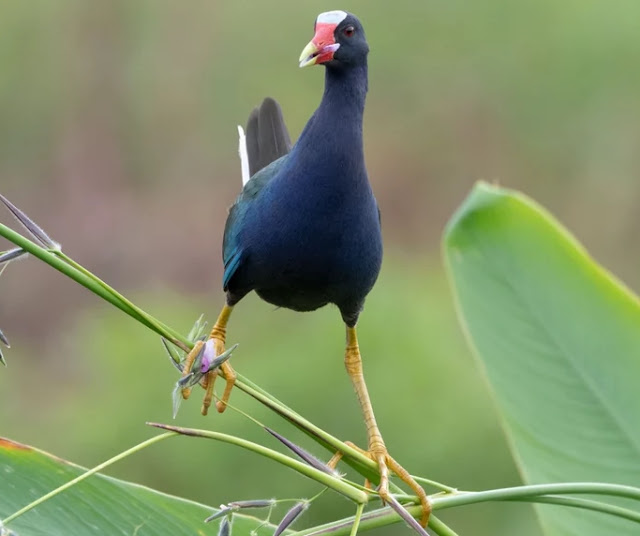 2019 marks the 10th year of the Audubon Photography Awards, and the introduction of two new prizes – the Plants for Birds Prize and the Fisher Prize. From over 8,000 entries (by 2,253 entrants) from all over North America, the judges were tasked with choosing just six winners and four honorable mentions, including a drama-loaded shot of a bald eagle stealing a kit fox's lunch.

Ten years in and the Audubon Photography Awards just get better and – with two new prizes – bigger. The Plants for Birds Prize is a whole new category, while the Fisher Prize is award to the most creative approach to bird photography across the Professional, Amateur, Youth and Plants for Birds category.

The Plants for Birds category is named for Audubon's program of the same name, which encourages the growing of bird-friendly plants to attract and protect birds indigenous to not just your region, but to your zip code. The project is powered by Audubon's powerful Native Plants Datbase. This prize adds an extra degree of difficulty for photographers, as the photo not only needs to be amazing, but it has to illustrate a bird and a plant which are both native to the area where the photo was shot.

The inaugural winner of the Plants for Birds prize is Michael Schulte, with his image of a Hooded Oriole on a California fan palm in his own back yard in San Diego, California. Michael spotted the female gathering fibers from the palm for her nest, grabbed his camera, and the rest is history. Michael took home US$2,500 for his efforts. The Plants for Birds Honorable Mention went to Joseph Przybyla for his photo of a Purple Gallinule on a fire flag. This bird, a shy, marsh-loving water dweller, will throw caution to the wind for the chance of a treat when the fire flags are in bloom. 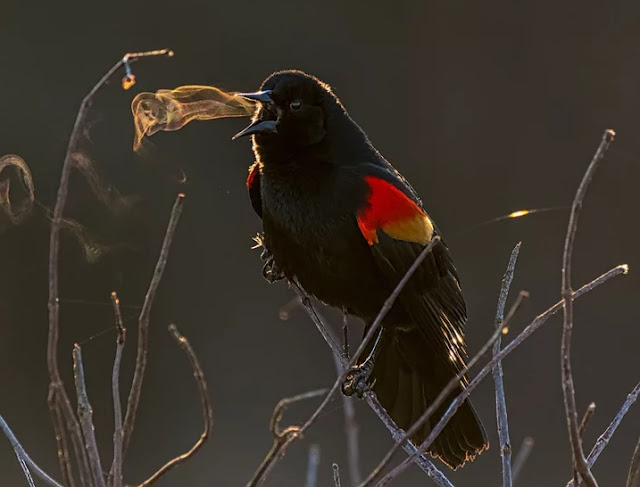 The second new category, the $1,000 Fisher Prize, is named in honor of Audubon's much-admired creative director, Kevin Fisher, who recently retired. Kevin himself chose the winner of this prize, the requirements of which are to push the boundaries of traditional bird photography, combining originality of concept with technical brilliance.

The very first winner of this prize – drawn from all four primary categories – is a mesmerizing close-up of the eye of a Black-browed Albatross, captured by Ly Dang while shooting in the Falkland Islands. Dang spent quite some time moving carefully among the albatross breeding colonies on Saunders Island, and shifting positions, before finally getting this winning shot.

The Grand Prize winning photo is of a Red-winged Blackbird, snapped early on a crisp morning in Alexandria, Virginia by Kathrin Swoboda. Kathrin had noticed that the vapor from the warm breath of the singing Blackbirds often looked akin to smoke rings, and was determined to capture it. Finally, on the right chilly day, with the right light and the right background, she got her shot.

The prize money for taking the top honors at the Audubon Photography Awards is $5,000. Nothing to sneeze at for sure, but one gets the feeling that these photographers are in it for more than a cheque, as the passion and love for their craft rings through on every image.

Now while the Professional prize-winning photo of two Greater Sage-Grouse males fighting for dominance during mating season is amazing, perhaps the more compelling image is the one which snagged the Honorable Mention prize in the category. This photo beautifully illustrates how precision timing and quick reflexes – often combined with sheer luck – can mean the difference between a photo that looks great, and one which tells a great story as well.

Kevin Ebi was photographing foxes in San Juan Island National Historical Park (in Friday Harbor, Washington) when he noticed a kit fox running with a rabbit in its jaws. A second later he heard the cry of an eagle and knew instinctively what was about to unfold. Still, he had assumed the eagle would just steal the rabbit, but instead, it grabbed both the dinner and the diner, eventually dropping the fox and continuing off with the rabbit.

In the Amateur category, once again it's the Honorable Mention winner which fascinates. This frozen moment in the mating dance of two Great Blue Herons appears more illustration than photograph, reminiscent of the work of Audubon himself, or perhaps one of the Goulds. Compositionally, this photo is near perfect.

Take a look through the gallery to see more of the amazing winning images from this year's awards, and if you'd like to see more, the top 100 are available to view online.

And if you're keen to enter next year, start snapping and check out the guidelines at Audubon's handy FAQ.