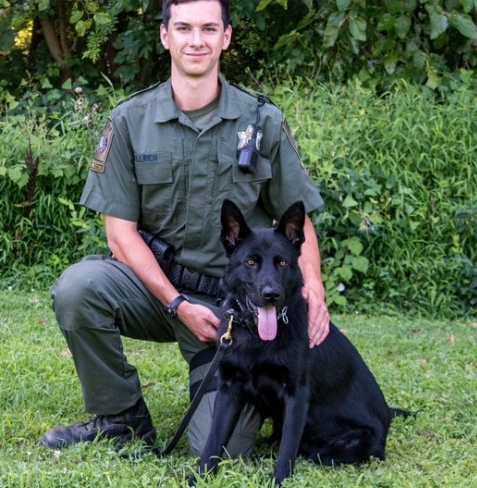 Lazar is a 1-1/2-year-old German shepherd, all black in color. He is from Budapest, Hungary. Lazar is partnered with Deputy First Class Ullrich, who has been working patrol for three years with the Sheriff’s Office. The two successfully completed a six-week Patrol and Narcotic K9 Academy.

According to the release, Lazar has a strong nose and a great work ethic that will allow him to be an asset to the Patrol Division. K9 Lazar is replacing K9 Buhl, who retired in April 2019.