How ‘The Lion King’ Gets Real-Life Lion Family Dynamics Wrong

How ‘The Lion King’ Gets Real-Life Lion Family Dynamics Wrong 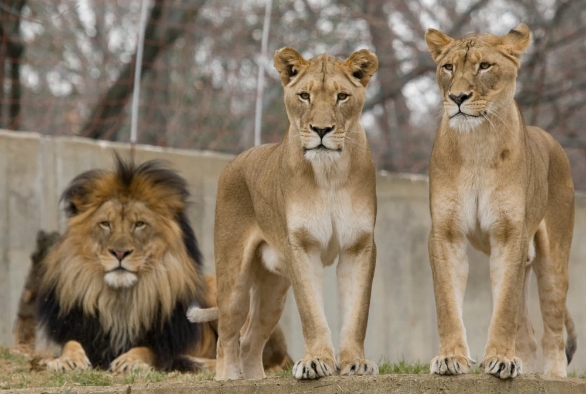 Disney’s 2019 remake is no nature documentary. It should probably be “The Lion Queen” because males don’t rule the pride; females do.

It’s got everyone’s favorite farting warthog, graceful giraffes, lumbering elephants and a whole cast of realistic-looking animal characters. Watching Simba and his pals try to regain their rightful place in the kingdom may have you thinking that Disney’s “The Lion King” is a pretty accurate depiction of what happens in the African savanna.

But it’s no nature documentary. Real lions don’t rule over other creatures. And they certainly don’t try to return home once they’ve left the lion pride. Disney took a lot of creative license when it comes to lion behavior and family dynamics, zoologists and lion researchers say.

If the movie were true to big-cat life, the rivalry between Simba’s father, Mufasa, and his uncle, Scar, would not have existed, and the lion cub would not have been forced to flee so young.

In fact, Mufasa would not have ruled the pride at all.

“It’s always a matriarch who actually leads a lion pride,” said Craig Saffoe, the curator of great cats at Smithsonian’s National Zoo in Washington. Simba’s mother, Sarabi, would have been the more likely leader of the group. And the movie would have been more accurate if it were called “The Lion Queen,” as National Geographic pointed out.

Although male lions appear much bigger and more aggressive, females are more dominant, Saffoe said. They do the important decision-making. They are in charge of the majority of hunting and cub-raising. They also have to protect their territory against other intruding females and decide when to let in new males.

In a typical African pride, there are three to six adult females. Most daughters are recruited to stay with their mother’s pride until they die, so there are often several generations of related females, making the lion society quite matriarchal.

Two or three adult males also live with the females. They are usually brothers or pride-mates who have formed a coalition to help protect the females. But they spend only a few years with the pride — long enough to produce more offspring — before they go out and seek a new one.

One aspect of lion family life that Disney did get right, however, is the affection Mufasa shows to his son.

When adult males return from patrolling the pride territory, they seem to enjoy getting to know their cubs, with lots of licking, head rubbing and purring involved. “It is ridiculously cute,” Saffoe said.

In a pride, each lioness has two to four cubs, all of whom bask in their father’s attention. Sometimes lionesses may give birth to a single cub, which would create a relationship like Simba and Mufasa’s.

But even when there are more cubs around, adult males treat all the little ones equally tenderly. That’s because when female lions ovulate, they shed a lot of eggs that may be fertilized by the same male or by different males. “Fathers can’t tell which cubs are theirs, so they just decide ‘I’ll be nice to all of them’ as a handy rule of thumb,” said Craig Packer, the director of the Lion Research Center at the University of Minnesota.

For male cubs, paternal affection lasts until they are about 2 years old. Then males start undergoing puberty, and the surge of testosterone starts threatening the adults.

If Disney’s Mufasa had lived until Simba was 2, he would have run his own son out of the pride. Then Simba would have roamed the savanna for a year or two until he joined a new pride around the age of 5.

In the Kavango-Zambezi Transfrontier Conservation Area, or Kaza, a giant network of parks across five African countries, researchers rarely see male lions return to their maternal pride once they leave. So no matter why Simba left, or regardless of whether the conspiracy theorists who say that Simba and Nala are related are right, it is unlikely that he would have ended up back in the pride with his childhood love interest.

In the wild, males may easily wander up to 100 miles from their maternal pride to find a new home. If food and water are scarce, they may search even farther, Young-Overton said.

Lion habitats, though, are becoming fragmented. The species is now limited to just 8 percent of its historical range, which once included almost the entire African continent. Where lions once lived, humans are developing land for agriculture and mining. And, in some areas, livestock has begun to replace lions’ natural prey, which has led to human-lion conflict; lions have been killed in retaliation for eating valuable cattle. Poaching and trophy hunting have also depleted the population. 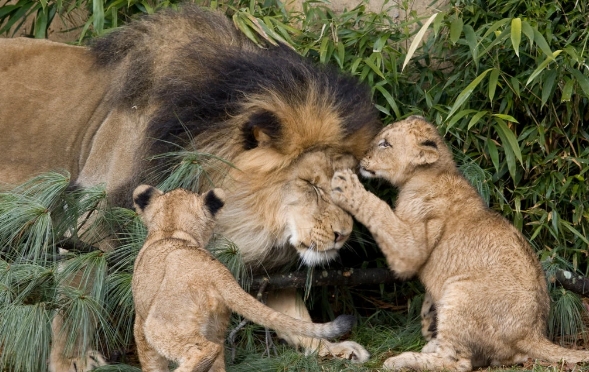 There are now fewer than 20,000 lions in Africa, and they are listed as vulnerable to extinction by the International Union for the Conservation of Nature, which determines the conservation status of species. Lions are already extinct, or possibly extinct, in 29 African countries.

“Lions have declined by roughly 50 percent since the previous movie,” which was released in 1994, said Dr. Paul Funston, who is the senior director of Panthera’s lion program.

Funston and other researchers are hoping that the new “The Lion King” movie will help reignite human interest in and compassion for lions, despite its slightly off-kilter depiction of lion society.

“Disney really captures how beautiful lions are,” Young-Overton said. “It looks like you are right there on the African plain watching them move. And the more that people understand lions and their habitats, the more I hope we will be willing to protect them.”

Disney has also pledged to help more directly: It donated more than $1.5 million to Panthera and other organizations working on lion conservation. The company also started a “Protect the Pride”campaign and is inviting fans to help double its donation by buying special-edition products.

The goal is to support lion populations across Africa, as well as the animals who live alongside them. After all, that is Mufasa’s message to Simba in “Circle of Life.”