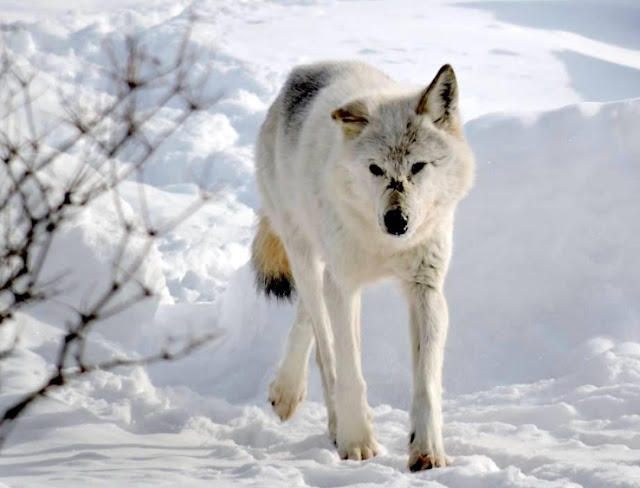 Mention wolves and national parks, and most probably think of Yellowstone National Park, or Isle Royale National Park. But as this photo clearly shows, Voyageurs National Park in Minnesota has some of the predators, too.

This photo was taken by a Voyageurs ranger on Sunday, January 27, near the Rainy Lake Visitor Center.

"One or more packs regularly use the parts of Rainy Lake that include the Rainy Lake Visitor Center area," notes the Voyageurs National Park Association. "Even though wolves are frequently around, we rarely get a chance to see or photograph them."

According to the folks at the Voyageurs Wolf Project, "(T)his is one of the most unique looking wolves we have ever seen pictures of in Voyageurs! We have not seen a wolf that is this white before and the unique scarred face and defunct ear suggest this wolf might have had some violent encounter(s) in the past either with other wolves or with prey. Either way, this wolf is likely an old beast!"