U.S. EPA to eliminate all mammal testing by 2035

U.S. EPA to eliminate all mammal testing by 2035 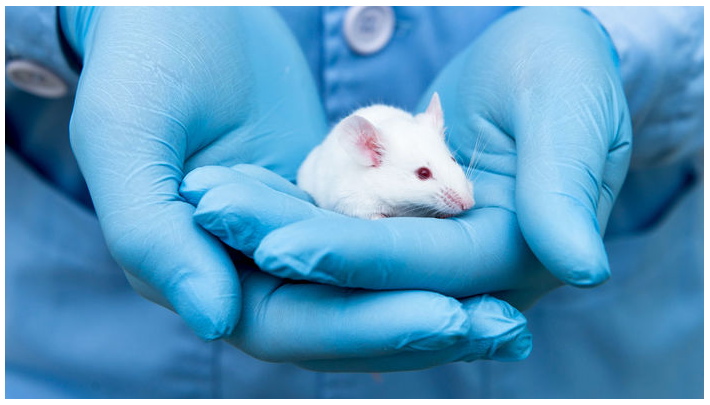 The U.S. Environmental Protection Agency (EPA) in Washington, D.C., proclaimed these days that it'll stop conducting or funding studies on mammals by 2035. The move, that is already eliciting sturdy reactions from teams supporting or opposing experiments on animals, makes EPA the primary office to place a tough point in time on phasing out animal analysis.

EPA’s call “is a decisive win for taxpayers, animals, and therefore the surroundings,” says Justin the King of Swing, vice chairman of support and public policy at the White Coat Waste Project, a Washington, D.C.–based animal activist cluster that has slammed such analysis as a waste of payer cash. “Animal tests ar unreliable and dishonest ,” he asserts.

But Jennifer Sass, a senior mortal at the Natural Resources Defense Council, a Washington, D.C.–based environmental cluster, blasts EPA’s call. “It’s terribly dissatisfactory and really frustrating,” Sass says. Ending animal testing, she argues, “is aiming to enable doubtless dangerous chemicals to induce out there into the surroundings and into shopper product.”

EPA relies on animal testing to gauge the safety of chemicals, whether it be a new pesticide or a potential pollutant in the environment. But chemical companies have long complained that the tests—many of which they pay for—are expensive and time-consuming. And animal advocacy organizations have urged the agency to move toward nonanimal models, such as computer programs and “organ-on-a chip” technology, a collection of cells designed to mimic entire organs. Legislation, including a 2016 amendment to the Toxic Substances Control Act, has required EPA to move away from animal experiments.

In June, EPA Administrator Andrew Wheeler sent an internal memo outlining a plan to eventually phase out the agency’s animal testing, first reported by The Intercept. In the memo, which became official today, Wheeler writes that “animal testing is expensive and time-consuming,” and that scientific advances that don’t involve animals are allowing researchers to evaluate chemicals faster, more accurately, and at lower cost. The agency, he writes, will redirect its resources toward these “New Approach Methods” and away from animal testing. “The EPA will reduce its requests for, and our funding of, mammal studies by 30 percent by 2025 and eliminate all mammal study requests and funding by 2035.” After that date, any studies will require administrator approval.

It’s not clear how many animals or research projects will be affected by the changes. EPA says the total number of animals used in toxicology studies submitted to the agency annually ranges from 20,000 to more than 100,000. Goodman estimates there are about 20,000 animals in EPA labs—including rabbits, mice, and rats—most of which are used to gauge the safety of environmental pollutants such as smog and ozone. Other animals—including rabbits, guinea pigs, and dogs—are tested by chemical companies (or the testing is outsourced to contract research organizations) to meet EPA requirements on the safety of new products. Goodman says the new EPA policy will affect both realms. Companies will no longer to need to use as many—or any animals—to meet EPA standards, and the agency itself will no longer conduct mammal testing. (Goodman says some toxicology testing is conducted on fish, and he expects that to continue.)

“This is the most comprehensive and aggressive plan in U.S. history to cut government animal testing,” Goodman says. “I think it’s going to be the gold standard for other agencies.”

Sass says she’s concerned that EPA’s proposed changes will give the chemical industry, which will need to develop its own nonanimal alternatives, too much control over these technologies. “A lot of nonanimal tests are done by contractors, so they’re proprietary,” she says. “There’s no way for experts to evaluate how these chemicals are tested. You’re going to have a black box funded by industry.”

At the press conference, Wheeler denied that the policy shift was influenced by chemical companies. Instead, he said he was motivated by his mother, who is an animal lover, and his zoologist and veterinarian sisters. EPA has also recently teamed up with the animal rights group People for the Ethical Treatment of Animals (PETA), and representatives from PETA, the White Coat Waste Project, and the Humane Society of the United States took part in today’s press conference.

Sass says even though scientists have made great strides in creating nonanimal models, they’re often still no match for the real thing. She notes that to determine whether a chemical causes a disease like lupus, researchers need to see the impact on the entire immune system, not just a few cells in a dish or on a computer. And the learning disabilities caused by lead poisoning would not have been picked up without animal experiments, she says. “You can’t test whether a cell has ADHD [attention deficit hyperactivity disorder].”

Ann Bartuska, vice president for land, water, and nature at Resources for the Future, a Washington, D.C.–based nonprofit that conducts independent research into environmental and energy issues, says Sass raises legitimate concerns. “The process needs to be transparent so others can evaluate how effective these new approaches are.”

But Bartuska, a former deputy undersecretary at the U.S. Department of Agriculture (which conducts and funds numerous animal studies), notes that EPA has a science advisory board that will oversee the plan, and she says the agency has given itself enough time to make sure nonanimal alternatives work before it completely phases out its mammal research. “It’s a very major step that I think will have an impact on other federal agencies,” she says. “It’s right to be cautious, but something has to change.”