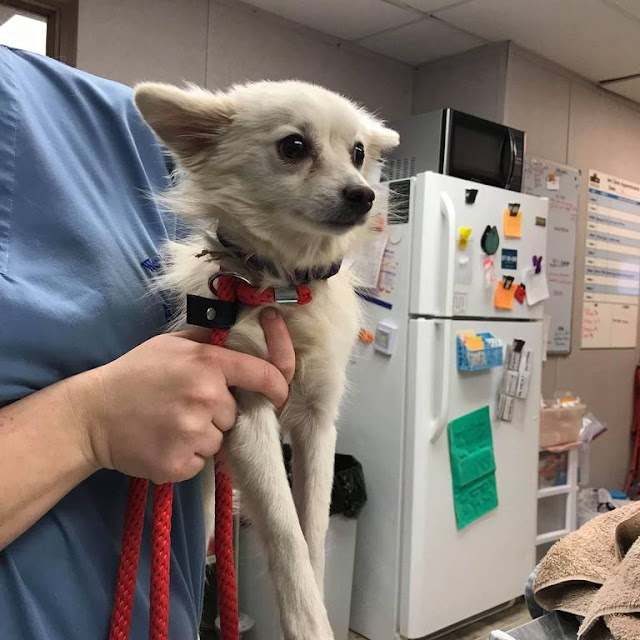 It was justifiable that the slender, long-hair Chihuahua was defensive and growled at the KC Pet Project staff when they tried to take care of her.


She had been caught, cold and alone, for an unknown period of time at the bottom of a 10 -foot depression after descending through an uncovered manhole, until she used extricated Sunday afternoon.

A man ambling in the lumbers about 3 p. m. near the animal awning in the 4400 cubes of Raytown Road discovered barking and attained the dog in the hole, amid junk and rubble.

The man raced across the road to the animal awning and summoned assistant. An awning administrator climbed down a ladder into the hole and scooped up the frightened pup.

How the Chihuahua ended up in the hole remains a mystery, said shelter spokeswoman Tori Fugate.

Read More How many of these 10 rare dog breeds can you name?

" We don't know how long "she's been" down there, but we're so indebted that someone determined her and acted immediately as this sweet daughters wouldn't have survived these freezing temperatures if she hadn't been determined ."

The shelter's veterinary clinic checked the dog for gashes. There were no shattered bones, but the dog sounded malnourished.

The Chihuahua, who hasn't been given a appoint hitherto, devoted Monday experiencing considers and a warm berth.

" As soon as they caused her some nutrient, she turned into a completely different dog," Fugate said." She started licking everyone. Now she is being spoiled ."

Fugate said the actions of the Good Samaritan were similar to those of a Kansas City Area Transportation Authority driver who last week stopped her bus to facilitate a German Shepherd that had been struck by a vehicle.

" A spate of people really passed by the dog," Fugate said." But she stopped and facilitated "

The long-hair Chihuahua obtained Sunday is about 3 years old but did not have a dog collar or a microchip, so the shelter faculty is impossible to locate her proprietor. She will soon be available for adoption.

Donations are being accepted to help pay for the dog's medical care at donate.kcpetproject.org/ roadrunnerfund