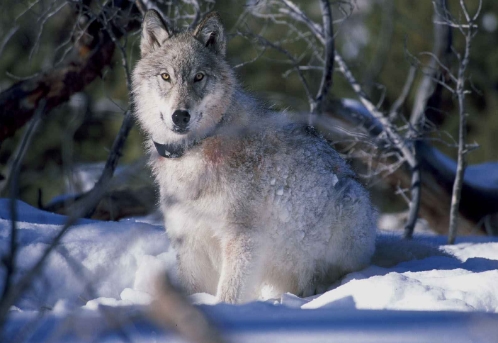 WASHINGTON, D.C. — While remaining safe within Arizona, the Gray Wolf faces the threat of de-listment elsewhere in the country by the Department of Interior.

The commenting period for removing the wolf from the Endangered species act ended July 15, with officials touting the success of conservation efforts in restoring populations throughout the country.

“The gray wolf, an iconic species of the American West, had all but disappeared from landscape in the lower 48 states by the early 20th century. Now it roams free in nine states and is stable and healthy throughout its current range.” a release on the Fish and Wildlife Services website said. “This constitutes one of the greatest comebacks for an animal in U.S. conservation history. The U.S. Fish and Wildlife Service is re-affirming the success of this recovery with a proposal to remove all gray wolves from protection under Endangered Species Act (ESA).”

This proposal would strip the wolf of protections in most of the lower 48 states, with the exception being the populations in News Mexico and Arizona, as well as the red wolf in North Carolina.

The move prompted a wave of outcry from both activists and members of the public, resulting in 1.8 million public comments submitted, and open letters of condemnation calling for the administration to reconsider its intentions.

One such letter, undersigned by 100 different scientists and educators said, “In the most general terms, the FWS proposal does not represent the best-available science pertaining to wolf conservation. Delisting wolves at this time would be an inappropriate shortcut. Mis-implementing the ESA in this case for wolves will set a poor precedent for hundreds of other species whose well-being depends on proper implementation of the ESA. Such intervention can seem like an expedited solution, but its larger effect is to inhibit progress on the broader issues of conservation and ESA implementation.”

Environmental and animal rights groups have been equally vocal in their opposition of the proposal.

“The incredible volume of comments give voice to a sad fact: the delisting proposal is a radical departure from the optimism and courage we need to promote endangered species recovery in this country,” Defenders of Wildlife President Jamie Rappaport Clark wrote, “The comments show that Americans believe the Fish and Wildlife Service’s proposal falls well short of the conservation ideals this country stood for 45 years ago when the Endangered Species Act was signed”.

If the gray wolf is delisted, the government will still be required to monitor the status of the species for a period of five years to determine if it remains safe from the threat of extinction.

The full proposal as well as public comments can be found online at https://www.regulations.gov/.