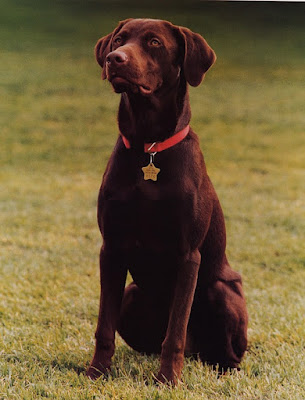 It’s not the color itself, but rather breeding for it that may have introduced harmful genes, a new study suggests.


Labrador retrievers continually stay atop the rankings of the world’s most popular dogs. But new research suggests that potential owners should look past their color and focus on overall health when choosing a pup.

Chocolate Labrador retrievers live significantly shorter lives than other labs, a finding that surprised researchers from Sydney and London who studied more than 33,000 British veterinary records from the breed.

Dogs with yellow or black coats live about 10 percent longer than their chocolate counterparts, according the study, published in Canine Genetics and Epidemiology on Monday. The median longevity for all labs is about 12 years, while the median age for chocolate labs was 10.7.

Overall, Labrador retrievers are still one of the longest-living dog breeds, reported another recent study. (Learn more about breeds in "How to Build a Dog.")

But compared with other labs, chocolate labs appeared to suffer certain non-life-threatening ailments more frequently. “Skin and ear disease were significantly more common in chocolate dogs than in black or yellow dogs,” the researchers wrote.

This doesn't necessarily mean that the pigment genes are linked to a shorter lifespan, researchers caution. Instead, breeding for the chocolate color may have inadvertently introduced genetic consequences for the dog’s health, lead author Paul McGreevy of the University of Sydney said in a statement. The chocolate color is a recessive trait, meaning that to produce a chocolate lab puppy, both parents must have the gene that produces the color. (Related: Why Siberian huskies have those beautiful blue eyes.)

Obesity and the Canine Life Span

10 Fun Facts You Need To Know About Chihuahuas 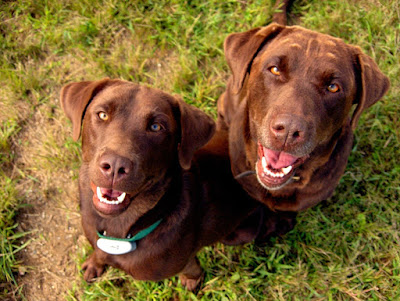 “Breeders targeting this color may therefore be more likely to breed only Labradors carrying the chocolate coat gene,” McGreevy said. This narrows the gene pool and may result in a higher proportion of genes conducive to ear and skin conditions, he said, and could ultimately affect longevity.

Chocolate dogs had twice as many instances of “hot spots” on their skin as other labs, for example. These are self-inflicted wounds caused when the dog reacts to irritation from pests such as fleas or lice, or from being trimmed with clippers.

Coat color has previously been linked with health in some animals. For example, some researchers suspect that the gene that causes black fur in wolves could also be related to reducing inflammation and fighting infection.

“Research in humans has suggested a link between inflammation and both life expectancy and quality of life,” McGreevy said. “Perhaps by a similar process, the repetitive inflammatory skin and ear infections to which we found chocolate dogs prone accumulate to create an immunological burden that effectively shortens their lives.”

The researchers noted that coat color in some dog breeds has been associated with aggression, as well as markers for higher rates of deafness and blindness.

Overall, labs were also one of the most obese dog breeds, the study found. Nearly nine percent of the U.K. labs were overweight or obese. Notably, male dogs who had been neutered were more likely to be obese (11.4 percent of neutered males versus four percent for intact males), though researchers noted that neutering has health benefits as well, lowering the risk of testicular disease and other disorders. Neutering wasn’t linked to obesity in female labs.

"Labrador retrievers are reportedly prone to many disorders, but accurate information about how common certain health problems are in the general pet population is lacking,” McGreevy said.

“This is the first study to include a large number of Labrador retrievers based on records gathered from hundreds of U.K. vet clinics,” he said. “It provides owners with information on the issues that they should look out for in Labrador retrievers."