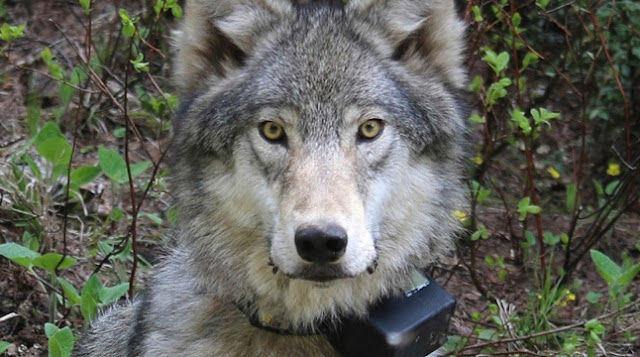 Two dogs were injured after a "hybrid wolf" attacked them in Miami Beach Sunday night, according to a police report.


The wolf-like dog has sparked concern among some Miami Beach residents - particularly those whose pets were allegedly attacked.

The first incident occurred on Sunday, when Douglas Archibald took his dog, Sasha, for a stroll in the 1500 block of 71st Street. The hybrid wolf "sprinted out of nowhere" and attacked Sasha, biting the border collie and causing her to bleed profusely.

Mark Ferguson, a witness on the scene, was able to help fight off the "wolf-dog," according to a police report.

A couple hours after the attack on the border collie, officers heard a woman screaming in the 1700 block of Biarritz Drive. Police responded and found Amy Seagle alongside her pug, Gus. Seagle told officers Gus had been bitten on the shoulder by the hybrid wolf before it fled the scene.

The hybrid wolf belongs to Victoria Anfalova, but was under the care of Giancarlo Agate at the time of the attacks. The "wolf dog" is named Eva and is not aggressive to humans, according to animal trainer Luca Lavieri.

"They were never dangerous or vicious or anything. They were always calm," Fabrizio and Giancarlo Agate said.

Agate said the hybrid wolf managed to escape from its kennel and was not able to contain the creature.
“That night it seems like Eva found a way to escape from the cage but we didn’t find an actual hole or anything,” he said.

Police said Miami-Dade Animal Services were notified of the "wolf-dog," but didn't respond to the incident because the animal "was not being contained."

Officers said Eva also bit a dog last year. The dogs that were bitten this week are receiving treatment at an animal hospital.

Eva has been moved out-of-state following the attacks, Agate said.

Miami-Dade Animal Services said it is legal to own this type of dog even though it has wolf-like features, but the organization has launched a "dangerous dog" investigation into the incident.