We must protect the wolves

We must protect the wolves 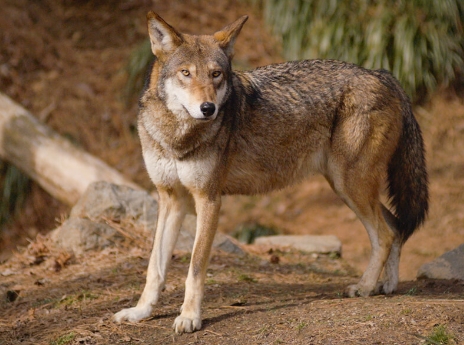 From Little Red Riding Hood’s terrifying encounter with the Big Bad Wolf to Kevin Costner’s balletic romance with some kindred, four-legged spirit in the film “Dances With Wolves,” Americans have long had a love-hate relationship with the ancestral predecessor of our favorite family pet.

Some want to hunt and kill as many wolves as they can; others want to keep them defended, as they have been since the federal government included the gray wolf on the list of protected animals under the Endangered Species Act of 1973. In 2011, Congress voted to remove those protections for wolves in the upper Rockies, resulting in thousands of wolf kills either through trapping or hunting.

Soon, the same fate may befall the 5,000 or so remaining gray wolves in the Lower 48 states, if a U.S. Fish and Wildlife Service proposal to lift protections goes through. The public-comment period on the proposal ends July 15, though comments can still be made after that date and the agency is obligated to review them all.

I confess to being a resolute lover of anything with a heartbeat, excluding a few Homo sapiens here and there. I’m not, however, a Pollyanna about hunting. Though the allure of hunting has eluded me, many friends and family members are outdoorsmen and view hunting as a natural way to put food on the table.

Many hunters are also conservationists, whose dedication to hunting corresponds to a commensurate dedication to preserving wilderness and wetland areas. In many cases, their efforts have led to increased animal and fowl populations.

But the wolf is also highly effective at managing deer and elk populations, which upsets the hunters who prefer the same prey. Do hunters have a greater right to eat elk than wolves do? Perhaps the better question is: Are hunters more effective at balancing fragile ecosystems than are the animals who’ve evolved to do just that?

If you hunt without poison, traps or sniper rifles from the air — it is actually extremely difficult to kill a wolf. Randy Newberg, who hosts an online show on hunting, says that “wolves just might be America’s most challenging big game.” He described hiking through rough mountain terrain for five days with heavy packs, eight to 12 miles per day, and seeing only the tails of a few running wolves. After his hunting partner finally killed a single wolf, Newberg wrote of his great respect for this “beautiful” animal, as well as his hope that more hunters would start killing more wolves soon. For him, it was a childhood dream come true.

For many other Americans, seeing a beautiful, noble animal does not inspire the need to destroy it. This is especially true of elephants, lions, giraffes and other endangered species throughout the world that trophy hunters slaughter for body parts. Between 2005 and 2014, some 1.26 million “trophies” were imported into the United States.

In a 2017 tweet, President Trump, whose sons are big-game hunters, referred to trophy hunting as a “horror show,” suggesting that he would continue the Obama-era ban on trophies being brought into the United States. Nonetheless, the ban has been lifted on some animals on a nation-by-nation basis.

A U.S. president’s words matter, and Trump, who recently touted his administration’s commitment to conservation, could prove it by speaking up for wolves. There are other ways to manage wolves without killing them, though admittedly, they’re more difficult. Thus, the essential question comes down to whether we want to ensure that wild areas remain wild, with limited exceptions — perhaps granted to ranchers when their livestock is under consistent predation by wolves. Surely such accommodations would be preferable to rubber-stamping a massive wolf slaughter.

This isn’t to romanticize the wolf or to diminish the concerns already expressed but to offer a balance to the pressures being exerted by powerful lobbies. Wolves have no voice, and it is too soon to lift protections, which are the only reason we still have wolves at all. Once delisted, it wouldn’t take long to eliminate the wolf altogether — to the detriment of the environment as well as our collective heritage.

Wolves are neither good nor bad. They don’t pretend to be grandma and they don’t dance with disenchanted soldiers. They are much like our dogs, emotionally, and, like the best hunters, kill only for food. If Trump doesn’t speak up soon, the howl we hear in the night won’t belong to the predator but to the last lonely wolf crying out for all that an inhumane world has lost.