Amanda Seyfried Opens Up About How Her Australian Shepherd Pup Finn Changed Her Life: 'Something About Me Needed Him'

Amanda Seyfried Opens Up About How Her Australian Shepherd Pup Finn Changed Her Life: 'Something About Me Needed Him' 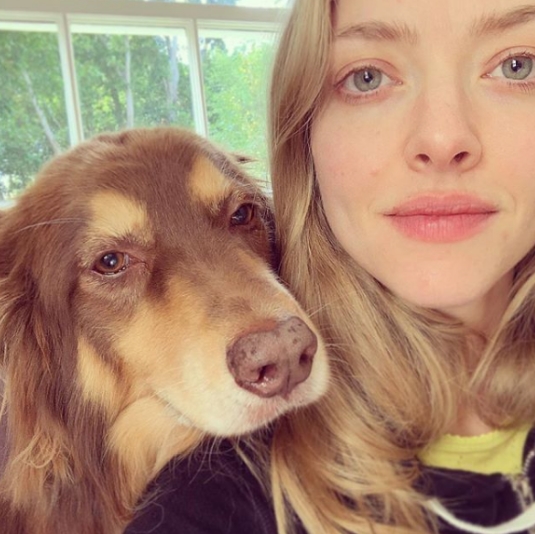 Amanda Seyfried’s career has been on the uptick ever since landing the role of ditzy blonde Karen Smith in Tina Fey’s 2004 comedy Mean Girls at the age of 18— but it hasn’t always been easy.

As the actress started booking more high-profile projects in her late teens and early twenties, and a life in Los Angeles beckoned, she battled anxiety. That is, until she met “the one” — her Australian Shepherd rescue pup named Finn — on the set of the HBO show Big Love, which ran from 2006-2011.

“As soon as he was mine, like 24 hours after I got him, I realized something about me needed him,” Seyfried, 33, tells PEOPLE in this week’s issue, on newsstands Friday. “He completely changed my life and helped me find my solitude and my independence. When you have a lifestyle like I did when I was in my early twenties, there were no constants.”

“It was just hard to know where I was going to be the next month because of my career,” she continues. “That’s why I got him.”

With the help of Finn, and the right medication, Seyfried was able to get her anxiety under control.

“My anti-depressant has been a lifesaver,” she says.

Now, Seyfried makes sure all of her film contracts allow her to bring Finn with her on set as long as it’s feasible.“I just can’t picture being anywhere without him,” she says. “Except England. Every time I do a movie over there, I have to leave him. I wouldn’t put him through that plane ride unless I was there for long enough to make sense because he has such a good life when he’s being babysat by my agent.” 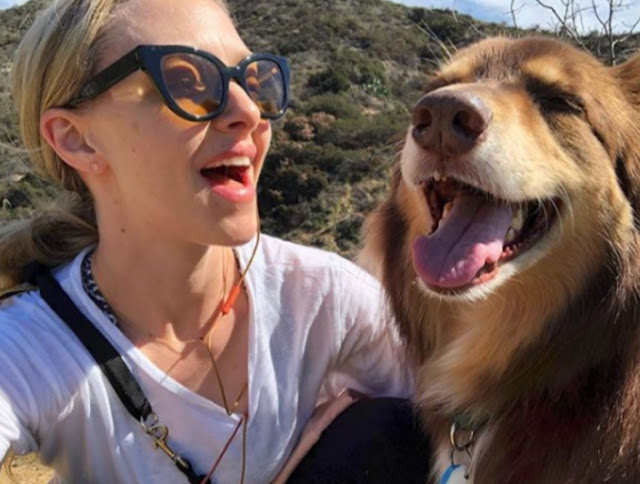 When he’s not joining Seyfried at work, Finn can usually be found relaxing at the upstate New York farmhouse the actress shares with her husband, fellow actor Thomas Sadoski, 43, and their two-and-a-half-year-old daughter (whose name she prefers to keep private). Though they house plenty of rescue animals on their farm, including a white donkey named Gus, Seyfried says they won’t be adding any more dogs to their family.

“I can only have one dog,” she says. “Everybody’s like, ‘Are you going to rescue another dog?’ I’m like, ‘Finn’s an individual, and he is very particular and I know what he needs and I know what he wants’ As much as I love dogs and love rescuing animals, all the animals I rescue are not dogs. I can still be in the rescue game, but he’s an elder now.”

Seeing Finn get older has been “nearly impossible” for Seyfried, but she’s getting through it.

“I used to sometimes be like, ‘That script’s good enough. I like the director, and the actor in it is good. We should do it right? I mean, we’re not doing anything else,’ ” she says. “No longer. I will no longer take roles because it’s good enough. I will take roles and projects that work for me and my family.”

The fact that Sadoski — whom Seyfried married in March 2017 while she was nine months pregnant with their daughter — is also an actor presents an added struggle, but they’re making it work.

“You kind of just have to go one foot in front of the other and talk as a family if it works for you guys because [our daughter] is still young,” she says. “She’s not in school yet. We are more flexible, but it’s going to be different as she gets older and the more kids we have. I think it’s more important that we have like a roundtable about it as opposed to me just being, with my agent, ‘What do you think?’ ‘Yeah, I guess I could do it.’ I’ve done a lot of jobs that haven’t deserved me and jumped in just because.”

That’s why her latest turn playing Milo Ventimiglia’s wife in the new film The Art of Racing in the Rain, which is told through the eyes of the family dogand opens in theaters on Aug. 9, was a perfect fit.

“This job, very specifically, I was like, ‘This is what I want to do. I love this book,’ ” she says. “I read it when it came out, I was obsessed with it. It changed my life. The whole family came with me to Vancouver to shoot it.”

For much more on Amanda Seyfried’s life now, pick up the latest issue of PEOPLE, on newsstands Friday