How Training Methods Affect a Dog's Attachment to Its Owner

How Training Methods Affect a Dog's Attachment to Its Owner 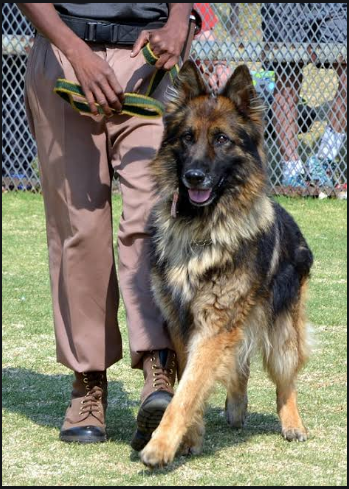 Reward versus discipline training affects the bond between dogs and their owner.

There is an ongoing controversy among dog trainers as to which training methods are best. Put simply, the two sides of the argument can be described as contrasting the effectiveness of training based upon discipline, which can include the application of punishment for failure to respond, versus training based totally upon rewards for successful behaviors.

Discipline-based training has a longer history. Around the opening of the 20th century dog training procedures were becoming formalized in Germany. The methods that were then used to train dogs reflected the attitudes of the military at the time and were based upon strict discipline supported by force if necessary. A German army officer, Colonel Konrad Most, wrote the training manual which became the bible for dog trainers around the world. He summarized his philosophy of training when he wrote, “In the absence of compulsion neither human education nor canine training is feasible. Even the most soft hearted dog-owner cannot get on terms with his idolized favorite without some form of compulsion.” His idea was that one should use force to establish dominance over the dog and then use that dominance to control the animal’s behavior. Hard jerks on a choke collar, hitting or yelling at a dog, or the use of electric shock collars are typical of discipline-based training techniques used today.

Reward-based training began to become popular in the nineteen forties with the publication of a set of books by Blanche Saunders. The general concept is that a dog should not be punished, but rather the dog is rewarded with food, praise or play when he obeys commands.

The popularity of reward-based training has increased over time due to findings that the use of punishment with dogs can lead to increased canine aggression. However in recent years there has been a resurgence of discipline-based training due to the popularity of some dog trainers appearing on television series, such as Cesar Millan. Episodes of dog training TV shows often seem to show rapid behavior change when using forceful methods on dogs.

A team of researchers from Portugal, headed by Ana Catarina Vieira de Castro of the University of Porto, were worried at reports that hinted at the fact that punishments used on dogs might affect their emotional attachment to their owners. This would then suggest that the use of discipline-based training might weaken the bond between dog and owner.

To test this they recruited a set of 34 dogs from six different dog training schools (three of which were committed to reward-based training and the other three which used discipline-based training with various types of force or punishments).

To measure the attachment between the dog and its owner this team used a variation of what is known as the Strange Situation Test. This is a procedure devised by Mary Ainsworth in the 1970s to observe the emotional responses and the attachment relationships between children and their caregivers (usually their parents). The situation involves a small, relatively barren room, with a couple of chairs in it. There is a fixed scenario of events in which the child is brought into the room by its caregiver, a stranger enters the room and tries to interact with the child, then the caregiver leaves, and sometimes, shortly afterwards, the stranger then leaves (leaving the child alone in the room), and then after a brief interval the caregiver returns. The interactions are videotaped and scored, and the child's reactions to being in an unfamiliar place with unfamiliar people or alone are recorded. In general it is observed that in such potentially stressful interactions the normal well-attached child treats their caregiver as a "safe haven" and seems to gain confidence and security by having their caregiver close by. With their caregiver nearby these securely emotionally attached children are much more willing to explore the room and play with toys scattered around the floor. These same kinds of responses have been observed in dogs using a variation of this test.