11 times wild animals ended up in places they shouldn't be

11 times wild animals ended up in places they shouldn't be 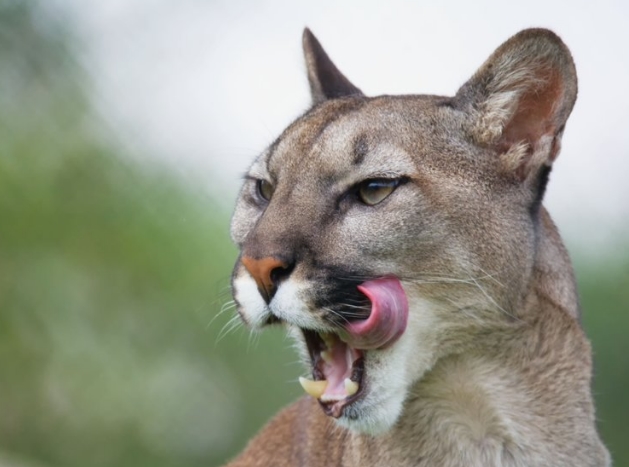 An alligator was recently spotted cruising down Chicago's Humboldt Park Lagoon, and it's not the first time a wild animal has turned up far away from its natural habitat.


Here are 11 times animals were found places where they didn't belong.

An alligator climbed up to the second floor of an apartment complex in Naples, Florida.


While alligators are native to Florida, they're not native to apartment buildings. A 5-foot-long alligator made its way up to the second floor of an apartment complex in Naples on Wednesday, the Miami Herald reported. It likely came from the lake behind the building.

Professional alligator trapper Ray Simonsen nabbed the rogue animal and told the Herald that it would find a new home on a farm.

An alligator was spotted in Chicago's Humboldt Park Lagoon on Tuesday.


An alligator estimated to be four or five feet long was spotted in Humboldt Park Lagoon on Tuesday, according to the Chicago Tribune. Animal control set out traps to capture the alligator. A local volunteer known as "Alligator Bob," who has helped officials catch wayward animals before, also searched for it among lily pads in his canoe.

A resident of Humbolt Park told the Tribune that people often dump animals that they no longer want to take care of into the lagoon, so it's possible that the alligator was illegally owned by someone who released it there.

A polar bear ended up lost in the suburbs of Siberia, Russia, over 300 miles from home.


CNN reported that a polar bear wandered into the Siberian suburb of Norilsk in June, around 310 miles away from the coast where the species normally lives.

How did it end up there? One possibility is that polar bears have to travel farther to find food due to melting ice caused by climate change.

A mountain lion was seen roaming in Des Moines, Iowa.

A kangaroo reportedly hopped across a bridge in Grand Chute, Wisconsin.

In June, police in Grand Chute, Wisconsin, responded to a caller who said there was a kangaroo hopping across a bridge on Interstate 41. Officers said they were " unable to locate any marsupials," according to the Appleton Post-Crescent.

Goats get emotional? Humans shouldn't be surprised – all mammals are amazing Jules Howard

Create an Emergency Evacuation Plan for You and Your Dog

Another earlier kangaroo sighting didn't end well. In November 2018, a kangaroo was hit and killed by a car in Waukechon, Wisconsin, after it jumped over its owner's fence.

A mountain lion tried to enter a casino in Reno, Nevada.

When a 75-pound-lion tried to enter Harrah's Hotel Casino's revolving door in Reno, Nevada, in 2012, police closed down the surrounding streets until it was tranquilized and apprehended, KOLO 8 News reported.

A black bear was removed from a tree along the New Jersey Turnpike.

NJ.com reported that when a black bear climbed a tree along the New Jersey Turnpike in 2011, it had to be removed by firefighters and wildlife officials because it began to draw a crowd in a high-traffic area. The nearly 300-pound bear took two hours to extricate from the tree and was released into the Assunpink Wildlife Management Area.

An elephant was found wandering in Westtown, New York, about 70 miles from New York City.

New York state troopers found an elephant walking around Westtown, New York, a town about 70 miles away from New York City, in November 2018. Fox News reported that the animal had escaped from a wildlife sanctuary and was returned by the state troopers.

After eluding wildlife officials for three years, a monkey was finally caught in St. Petersburg, Florida.

A rhesus macaque monkey managed to elude Florida authorities for three years before it was finally caught in St. Petersburg in 2012. Wildlife trapper Vernon Yates told CBS News that it was " one of the most intelligent monkeys that I think I have ever seen."

A flamingo that escaped a Wichita, Kansas, zoo was spotted eight years later living in the Gulf of Mexico 670 miles away.

The Chicago Tribune reported that eight years after an African flamingo escaped a zoo in Wichita, Kansas, it was seen 670 miles away in the Gulf of Mexico. It had also found a companion.

The flamingo was still wearing a leg band from the Wichita zoo, but the zoo's bird curator told the Tribune that he's happy that the bird is thriving in the wild and has no intention of returning it to captivity.

Rusty the red panda escaped from the Smithsonian National Zoo in Washington, DC.

Rusty the red panda had only been in the Smithsonian National Zoo for a few weeks when he went missing in 2013, according to The Washington Post. He was found later that afternoon in the Adams Morgan neighborhood of Washington, DC, when someone spotted him and tweeted a photo.