How Science Watchdogs Can Protect the Gray Wolf

How Science Watchdogs Can Protect the Gray Wolf 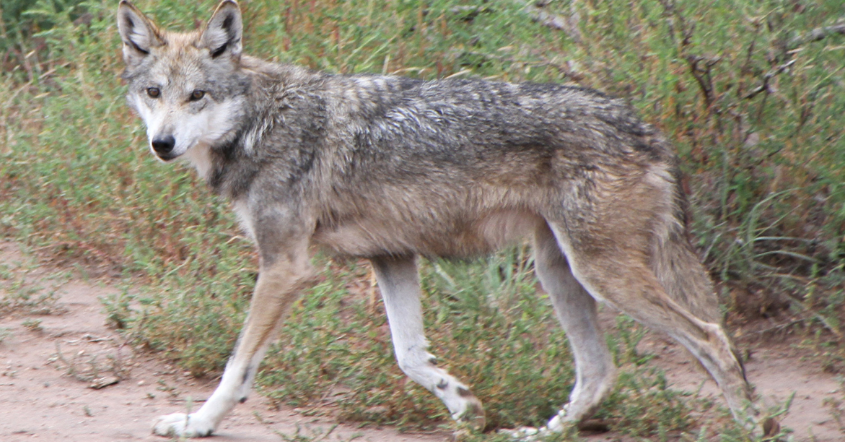 Sadly, we've big aware of seeing political candidates denying the truth of established scientific facts, like those who underpin our understanding of evolution and temperature change. Science denial is even a lot of distressing, however, once it emerges from federal agencies like the United States Fish and life Service (FWS) that area unit meant to uphold scientific integrity. however scientists will play a very important role in watchdogging government actions. My new peer-reviewed study sheds lightweight on however way we’ve strayed from what the science says we should always liquidate protective the wolf, and the way the office will come back to a science-based path to recovery.

An extreme example of political interference in species recovery involves one of North America’s most endangered mammals, the Mexican gray wolf. This unique type of wolf, one of the several subspecies of gray wolves in North America, once inhabited much of the southwestern US and Mexico. After being extirpated in the wild, Mexican wolves were reintroduced to Arizona and New Mexico beginning in 1998. But unlike wolves reintroduced to Yellowstone, the southwest population has grown at a slow pace. To help move the program along, in 2010, the FWS selected eight leading scientists (myself included) to help develop a comprehensive recovery plan.

After two years of analysis, the scientists unanimously endorsed a set of goals or criteria to serve as a road map to recovery. These peer-reviewed recommendations provoked political opposition from southwestern states, and in 2012 the FWS suspended recovery planning. Five years later, faced by lawsuits over their failure to complete the legally-required recovery plan, the FWS restarted the process. However, this time, recovery goals were based on the results of negotiations from closed-door meetings between the FWS and officials from southwestern states. The 2017 recovery criteria called for less than half as many wolves as in the 2013 plan, inhabiting a smaller portion of the southwestern states. In a new peer-reviewed study, a group of scientists including myself who had participated in Mexican wolf recovery planning analyzed whether the contrasting sets of goals could both be based on best-available science, as required by law.

We discovered that the 2017 planning group found smaller population goals were adequate because they chose optimistic values for threat factors such as disease without accounting for uncertainty in the data, increased the thresholds for what level of extinction risk and loss of genetic diversity was deemed “acceptable”, and assumed that many of the wild population’s wolf packs would continue to receive supplemental feeding indefinitely in order to mask continuing threats from genetic inbreeding and other factors. These recovery goals based on politics rather than science will likely slow Mexican wolf recovery by allowing the agency to forego opportunities to establish new populations in suitable habitat and to underestimate the number of wolves that need to be released from captivity into the wild population to improve genetic health.

Unfortunately, as seen in the case of the Mexican wolf, what science tells us is necessary to securing a future for a species is often politically unpopular. This causes agencies to distort science to promote politically-compromised decisions regarding not only recovery goals, but also when to remove (delist) species from protection under the Endangered Species Act (ESA).
A national proposal to remove protections for the gray wolf

To be effective, endangered species policy must conserve the genetic variation that allows species to adapt to climate change and other changes in Earth’s ecosystems. Conservation of such ”adaptive potential” has increasingly been recognized as a key element in achieving the ESA’s goal of “saving all the pieces”. However, the US government recently proposed removal of the gray wolf from the list of protected species throughout the lower 48 states based on a claim that the law allows a species to be declared recovered when only a single population (in this case in the Great Lakes states) is thriving.

I was among the five scientists selected to officially review this proposal. Although the 4000 wolves inhabiting the Great Lakes states constitute about two-thirds of the total wolf population in the lower 48 states, they occupy only three of the at least 17 states within the species’ historic range which still hold substantial areas of habitat. FWS argued that wolves that occur outside the Great Lakes are not necessary for recovery because they said wolves in different regions of North America are basically the same genetically due to the wolf’s ability to disperse long distances.

However, recent genetic research has shown the wolves in different regions differ dramatically due to historical factors, isolation, and association with particular environments. For example, wolves recolonizing the Pacific Northwest have included individuals dispersing from the coastal rainforests of British Columbia. These wolves, which feed on salmon among other foods, are adapted to a different environment than wolves in the forests surrounding the Great Lakes.

The current administration recently enacted sweeping changes to the ESA regulations designed to limit the law’s reach. The 2019 wolf delisting proposal forms part of this broader effort. If applied generally to other species, this narrow interpretation of the ESA would represent a scaling back of recovery efforts for many other species such as grizzly bears, and would significantly limit our ability to slow the ongoing loss of the nation’s biodiversity.

Previous attempts to delist wolves have been blocked by the courts in at least six separate decisions since 2003. Wolf delisting proposals have also been panned by official panels of scientific peer reviewers in 2014 and again this year, and it’s uncertain how the FWS will respond given the errors identified by the reviewers.
Pushing back against science denial

Just as we expect the EPA to use honest science in setting limits to arsenic in our drinking water, we expect the FWS to apply best science in safeguarding our nation’s wildlife. Scientists and citizens who care about wildlife should demand that FWS scientific integrity policy becomes a practical commitment to use of best science even for controversial species such as the wolf. If the pattern of science denial in endangered species management is not broken, we risk undermining the effectiveness of one of our nation’s signature environmental laws and pushing many of today’s imperiled species toward the brink of extinction.

Our new study identifies eight science and policy reforms that are needed to limit inappropriate political interference in recovery planning. Scientists and concerned citizens also have a broader responsibility to communicate to policymakers why science-based policies and regulations are important in ensuring transparent decision-making and ultimately sustaining democratic societies. One promising solution is the Scientific Integrity Act recently introduced in both the House and Senate. You can lend your support by contacting your member of Congress and telling them you want to see government scientific integrity strengthened for our public health, safety, and environmental protection through the Scientific Integrity Act.