In real life, Simba’s mom would be running the pride

In real life, Simba’s mom would be running the pride 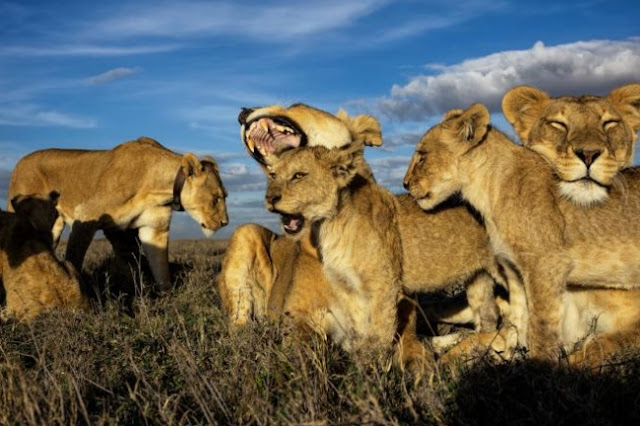 A LION PRIDE is all females all the time. They catch the vast majority of the food, and they guard the territory from intruders—mostly other females that live nearby looking to expand their own territories.

“Females are the core. The heart and soul of the pride. The males come and go,” says Craig Packer, one of the world’s leading lion researchers and director of the Lion Research Center at the University of Minnesota.

But unless you’re a Lion King superfan, it’s a pretty good bet that you can’t remember the name of Simba’s mom. All the male lions have central and memorable roles in the film: Simba, the main character destined to become king. Mufasa, his father, who dies when Simba’s uncle, the black-maned Scar, plots to take his throne. But Simba’s mother? What was her name again?

Her role in the film is so inconsequential she’s easy to forget. Her name is Sarabi. And if she was the queen of a real-life lion pride, she’d take on so much more than a supporting role. In fact, lion prides are matrilineal societies where the males barely stick around long enough to form the types of familial relationships shown in the Disney film, an all-new version of which comes out this July. (The Walt Disney Company is majority owner of National Geographic Partners.)

“Females define their territory. They’ve grown up there and have been listening to neighbors roaring their whole lives,” says Packer, a National Geographic Society grantee. And if their pride gets too big, the females will even carve out a new territory next door for their daughters to take over and start their own pride. Ninety-nine percent of all the members of a lion pride are related females, he says. 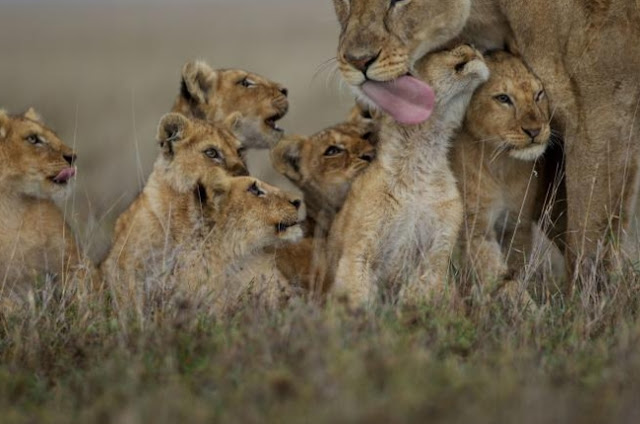 The males, on the other hand, are transitory. They come and go, mostly spending their time fighting each other and teaching male cubs how to survive when they eventually leave the pride. Males can’t stay in the pride they’re born into because they’re related to all of the lions there.

“Let’s say Simba comes back, and his grand prize for coming home and being the hero of the pride is he gets to marry Nala. But guess what—she’s his sister. Ewwww,” says Packer. “If he did come home and became the resident male, he wouldn’t just be having it off with his sister. It would also be his aunts, his mother, grandmother, cousins. All the females in the pride.”

That’s why, for the sake of genetic diversity and as a way to avoid life being generally very gross, male lions always leave and find a new pride. “Simba would have left and never come back,” he says. (Read about the world's largest lion relocation.)

Male lions rarely travel alone. Because competition for prides is so fierce, all male lions travel with one or more other males so they can protect each other. “You have to have a partner in arms to withstand the challenges of all the other males that want to take over your family and kill your babies,” says Packer. He notes that the competition between Mufasa and Scar wouldn’t make sense in the real world because, without each other to depend on, their pride would just be taken over by another coalition of males.

In fact, Packer says, the competition for a pride is so fierce that a team of male lions is rarely able to stick around for more than two or three years (maybe a bit longer, he says, if there are four or five them). “Males’ life is fast and furious,” he says. It’s a circular existence—they make babies, “they occasionally rouse themselves and catch really big prey like a buffalo or giraffe, though it doesn't require any strategy—they just knock it over,” he says, and they fight off other males for as long as they can before they lose that battle and move on to another pride. 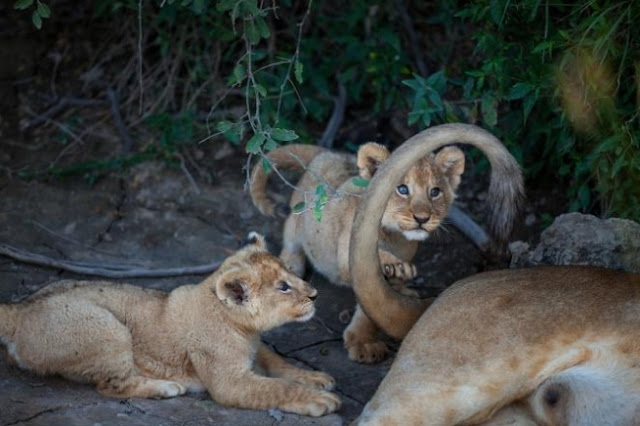 Meanwhile, the sisterhood of the pride continues more or less unhindered by which males happen to be around at any moment. And, in fact, the females have agency in deciding which males they’re interested in having around. “If it wasn’t for the females, there would be no reason for the males to have manes. Females prefer the male who is the most conspicuous and has the clear characteristics they can rely on to ensure their babies are going to survive and be healthy,” he says.

Packer also points out that, though the childless villain Scar had a black mane in the film, in the real world it would be Mufasa with a black mane, because that’s what the ladies like.

“Growing a black mane is a signal you’re genetically superior,” he says. Black manes are hotter and heavier than a traditional mane and, because lions are so muscular, they are extremely prone to overheating. A black mane indicates “good physical condition, higher levels of testosterone, and they’re more likely to withstand being wounded,” he says, because it means they have a genetic ability to fight off parasites. (See a rare black-maned lion caught on film—and a rare white one, too.)

“There’s no gene for the dark mane,” says Packer. “The color of the mane can vary through time depending on how healthy they are, and if things get really bad their manes can fall out completely. The mane is a signal of quality.”

In the end, just about every part of the pride’s existence, all the way down to how the males look, is in service of the Lion Queens.