What’s the difference between birds and mammals

What’s the difference between birds and mammals 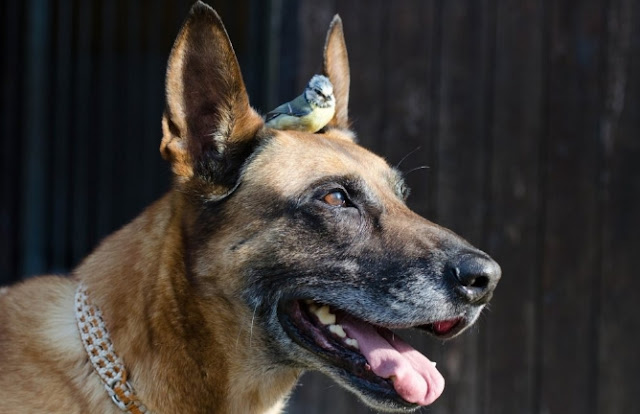 There is a huge variety of organisms on the planet and among them, members of the animal kingdom tend to captivate us humans the most. Birds and mammals are equally remarkable, but very different.

Numerically speaking, only a handful of living organisms have skeletons and an even smaller fraction of vertebrates can regulate their own body temperature. The classes Aves and Mammalia are the only groups that have this special warm-blooded trait and that often leads people to think that birds and mammals are very related—sometimes even that birds are a type of mammal.

The truth is, however, that these two classes are very different in a lot of ways. It’s quite a bit more than the fact that we can’t fly.

To start with, mammals and birds are quite different through their very definitions. The definition of a bird requires feathers, a toothless beak, wings (usually allowing for flight), and the ability to lay hard-shelled eggs. Meanwhile, mammals have hair, give birth to live young, and the females produce milk from mammary glands — the structures for which the class is named.

That being said, there are a few species that blur the definitions a little bit.

On the issue of wings, care is taken to not focus too much on the flight itself as several bird species, like penguins, have modified wings specialized for movement through water. Of course, there are also many flightless birds. Meanwhile, there are mammals that have wings and can fly, bats. At the same time, monotremes (a group including the platypus and the echidna) make things even more complicated,

Monotremes defy mammalian definitions in favor of bird-like habits. Although they’re mammals, they lay eggs rather than giving birth to live young — although it has to be said that the platypus and echidna are extremely odd mammals and we shouldn’t generalize based on them (but that is a discussion for a different article).

With those facts noted, however, even the bat’s modified forelimb doesn’t possess feathers and even after laying eggs monotreme mamas are going to feed their growing young on a milk diet.

Being humans, it’s fair to assume we get the gist of what mammals are — at least the basics.

But, very few of us have taken the time to consider the specialized form of a bird. To start with, while there is quite a variety in mammalian silhouettes, the basic structure of the bird body is fairly consistent and generally quite different from a mammal’s. Even considering only the most standard mammal form, with four similarly-sized limbs and a tail, there is a notable difference in overall structure from birds.

Now, let us take a closer look. If you have a pet bird, feel free to smile at it and maybe it will return an excited stare.

Some mammalian smiles sport fangs, and the bird’s mouth can be just as sharp, but it will never quite be able to give you back that excited grin—because, unlike mammals, birds don’t have any teeth. The next thing to note is the most obvious, the nice somewhat rounded feathery bodies and, where a mammal would have forelimbs, birds sport wings. But that’s okay, while they don’t have hands to hold things, if you look a little lower they are sporting a lovely pair of wrinkly clawed feet.

Birds typically possess four toes, three facing forward and one facing backward — this is the part we typically think of as the bird’s feet. However, birds are typically digitigrade meaning that they are actually walking on their toes. What we think of as their knees are actually their ankles. Canines and felines are also digitigrade but, of course, the feet look quite different. And that is just an outside look. Let us get even closer.

An Even Closer Look

We really need to appreciate how specially a bird must be built to live its extraordinary life in the air.

Because they so well adapted for flight, their internal structures can be quite different from our own. Flying requires you to be both strong and lightweight and while we may be able to accomplish the first, no amount of arm flapping will ever get us off the ground.

Since they need to be so lightweight, airborne members of the class Aves have decided to drop the weight in the densest structures in the mammalian body, their bones. Birds possess many bones which are pneumatized (hollow), with crisscrossing struts, like columns on a building, to maintain their shape and structure. Those specialized for swimming like puffins and penguins have none, however. A bit of density helps when you need to go underwater and can’t simply fall from the sky.

But, this is just one of the major ways birds and mammals differ internally to aid in flight. Another fascinating structural difference between birds and mammals is the extraordinary avian respiratory system. Flight takes energy—a lot of it. Try flapping your arms all the way up and down just ten to fifteen times, exhausting isn’t it? Birds need to do this simply to get off the ground and many bird species are not adapted for gliding so they must ­always do this to stay above ground. Hummingbirds flap their wings up to twelve times each second. How can they even keep up with all this exertion?

Well, unlike in mammals, birds don’t have a simple system with two neat lungs in the chest. Their respiratory system takes up a large percentage of their bodies. What moves air though bird bodies aren’t their lungs, which don’t expand and contract as ours do. Instead, they have a complex system of air sacs which move air constantly in a cyclical system far more efficient than our own.

As a point of comparison, how the mammalian system works is that we inhale and our lungs fill with air. Deep in the lungs, there are air sacs called alveoli, covered in capillaries, in which oxygen is exchanged for carbon dioxide in the blood. When this exchange takes place to a sufficient extent we exhale, then inhale again. This system means that air must reverse direction and there is a time when our lungs are devoid of usable oxygen. This, however, is not the case with birds. For them, air goes in one direction at all times, maximizing efficiency so that the lungs always have oxygen to process.

The last thing to mention is the cloaca. While most mammals—again, monotremes are weird—possess distinct regions for defecation, urination, and reproduction (the urethra and vagina actually have distinct exit points), birds work with a one-for-all approach. For these purposes, birds have a single structure called a cloaca. Avian waste is a combination of all solid waste products, leaving their waste two-toned. Instead of liquid urea, they release semi-solid uric acid which is the reason why bird feces left on a car erodes the paint.

So, though there are mammals that can fly and lay eggs, they can never quite be as birds are. Though we haven’t gone to great detail here, birds breathe, give birth, digest and even sing using structures different from those found in mammals. Interesting and complex though mammals are, they are mostly lacking the intricate anatomy needed for flight. Though mammals and birds are all warm-blooded creatures, with four-chambered hearts, that is roundabout where the similarity between mammals and birds ends. Altogether, birds and mammals are entirely different animals.