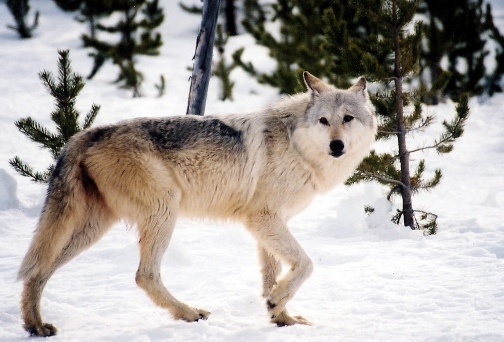 In a letter to U.S. Department of the Interior Acting Secretary David Bernhardt dated July 15, Nessel argued delisting the species just as wolf recovery in Michigan is proving effective would harm wolf populations struggling to bounce back in other states.

“The Service should abandon this flawed attempt to delist the gray wolf,” Nessel wrote. “Instead of using Michigan’s leadership to the detriment of gray wolves in other states, the Service should allow the Michigan Department of Natural Resources to lead by example so that other states can manage the gray wolves within their borders into recovery, instead of into extinction.”

According to the U.S. Fish and Wildlife Service, more than 5,000 wolves live in the lower 48 states. Federal officials have argued the wolves are no longer endangered and that states should handle future management of the population.

In a March statement announcing the plan, Bernhardt said wolves are thriving and the species would likely continue to succeed in the future.

“The facts are clear and indisputable - the gray wolf no longer meets the definition of a threatened or endangered species," he said at the time.

Proponents of keeping the species on the endangered list note that although the population is growing, the wolves currently inhabit 15 percent of their historic range. A group of scientists and experts wrote in comments to the U.S. Fish and Wildlife Service that delisting the wolves would be “an inappropriate shortcut” and set a bad precedent for future conservation efforts.

Nessel, who submitted the letter as part of the public comment period on the proposal, said in a statement that the U.S. Fish and Wildlife Service hasn’t adequately accounted for why the species should be dropped from the endangered species list.

“This flawed proposal is the first step toward allowing gray wolves to be hunted to near extinction once again," she said in the statement.

State Rep. Beau LaFave, R-Iron Mountain, was critical of Nessel’s stance, saying in a statement that wolves shouldn’t run rampant across the Upper Peninsula because other states have failed to properly manage their wolf populations.

“I guarantee things would be different if the wolves were living in her backyard,” LaFave said.

If the gray wolf is ultimately delisted, the U.S. Fish and Wildlife Service would continue to monitor the species for five years. The service could also relist the species at a later date.