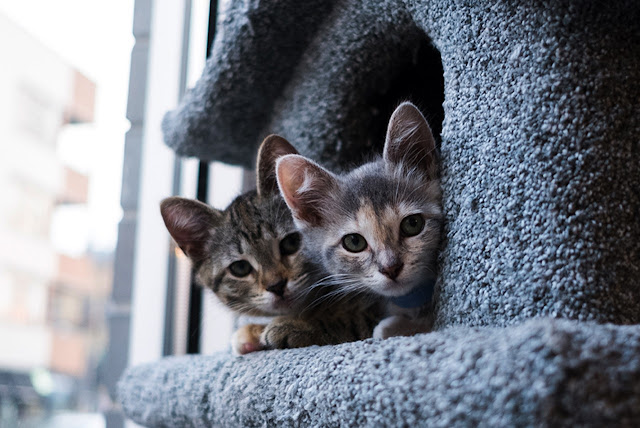 It's pretty hard to impress a cat. They are notoriously apathetic and play by their own rules. Only something as complex as a laser or as simple as a can of tuna will keep their attention, and even that is fleeting. So what happens when a group of stand-ups try to perform comedy to a room full of cats?


The monthly comedy show "Just Kitten Around" at Windy Kitty Cat Cafe in Bucktown is technically geared toward humans—guests have 30 minutes to play with the cats before the stand-up begins. But during the June show nearly every comic who went up had something to say to or about the cats. Host Alex Collyard gave a PowerPoint presentation about what cats are made of (small rocks, goop, filth). Megan Hosack sang about being a cat lady. And Luis Arevalo confronted a particularly grumpy-looking gray cat sitting in the front row. 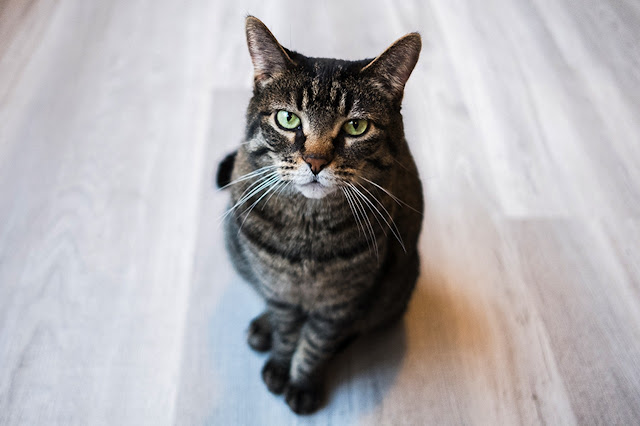 Collyard and Elsie How started "Just Kitten Around" as a fund-raiser for the Catcade cat cafe in Lakeview in February 2018. Last month they moved the show to Windy Kitty, home of the city's very first kitten nursery. The cats at both venues are up for adoption, and anyone can make a reservation to spend time with the cats playing, petting, or squealing because they're just so cute.

Both Collyard and How are cat lovers but not cat owners, and saw the show as an opportunity to spend more time with some feline friends. There was a bit of a learning curve. "One time I was playing the piano and I had a cat jump, graze my ear like it was a bullet, and then land on my piano while I was playing and doing the show," Collyard says.

Elderly male elephants are the most determined to mate

They soon learned to pitch some of their more involved bits, like singing a song about every cat with live accompaniment, and to keep it simple. "It's enough to just be in a room full of cats and telling jokes," How says.

While the cats are an obvious distraction to the crowd, Collyard and How say that having them in the room actually makes people better audience members. Everyone is immediately relaxed, ready to have a good time, and extremely respectful.

"The cats are maybe the biggest hecklers," Collyard says, "and you know what? We love them for it."