When a dog breed becomes a trend

When a dog breed becomes a trend 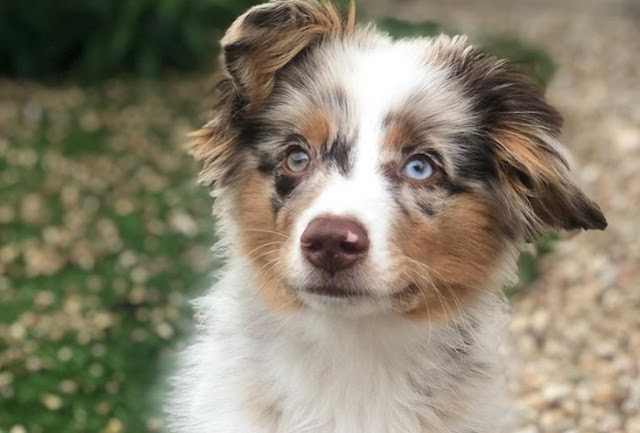 Mini Australian shepherds are the dogs of the moment.

Welcome to Noticed, The Goods’ design trend column. You know that thing you’ve been seeing all over the place? Allow us to explain it.

What it is: Miniature Australian shepherds, also known as miniature American shepherds, arguably the dog breed of the moment. Extremely smart, athletic, and loyal (a “Velcro” dog, to quote one breeder), these herding dogs have become popular pets in recent years. They’re smaller than full-size Australian shepherds — 14 to 18 inches tall and roughly 20 to 40 pounds, versus more than 18 inches and 40 to 60-plus pounds — and have wide variation in the color of their eyes, which can be mismatched or marbled in shades of bright blue, brown, and hazel; and mottled coats, which can be blue-gray, red, black, or white.

Where it is: Wherever you normally find dogs (at the park, on the street, and on the couch with or without permission). As with any cute domesticated animal, they’re all over socialmedia too.

Why you’re seeing it everywhere: Amanda Leland, a miniature Australian shepherd breeder in Arkansas, recalls a craze for huskies after the animated movie Balto came out in 1995, and a flurry of excitement over spotted pups in the wake of the 1996 live-action remake of 101 Dalmatians (and its 2000 sequel, 102 Dalmatians). The mini Aussie has had no such pop culture flashpoint in recent history. Instead, its rise can be traced to its winning personality and looks, and the politics of dog breeding.

We begin with the only slightly confusing matter of this dog breed’s name, because it’s an important factor in its ascent. Miniature Australian and American shepherds are the same thing, and many people refer to them interchangeably. The distinction between the two comes down to a piece of paper: Breeders who are fastidious about documenting the bloodline of their dogs participate in registries that guarantee parentage, but not all registries agree on a name for this particular dog. The American Stock Dog Registry, for instance, has stuck with the name “miniature Australian shepherd.” The American Kennel Club, a purebred registry that dates back to the late 19th century and sanctions events like the National Dog Show and the Westminster Kennel Club Dog Show, considers Australian shepherds to be a separate breed and calls the smaller version the “miniature American shepherd.”

To gain entry to the AKC, a dog breed must be represented by a club responsible for its “preservation and protection,” says AKC rep Brandi Hunter. Once ownership around the country reaches a certain threshold, the breed will then pass through a series of membership phases. When a breed is at last fully recognized by the AKC, which typically takes five to seven years, it’s sorted into one of seven categories, which include the toy group, the sporting group, and, in the case of mini American shepherds, the herding group.

Founded in 1990, the Miniature American Shepherd Club of the USA (MASCUSA) began the first stage of AKC recognition in 2012 and was fully recognized in 2015. MASCUSA’s certification by the AKC indicates that momentum had been building around mini American shepherds for years, but its inclusion was nonetheless an important moment in the popularization of the breed. AKC recognition signals to breeders — including those who don’t care much about pedigree, much to the chagrin of those who do — that there’s a market for a particular kind of dog.

“It makes a bunch of people jump on a financial bandwagon,” says Karen Keller-Ross, president of MASCUSA.

With AKC recognition comes appearances in dog shows, which exposes more consumers to a breed too. As Hunter puts it: “The more you see a dog, the more you fall in love with them.”

Mini American shepherds first appeared on the AKC’s annual “Most Popular Breeds” list in 2016; they were number 34 in 2018. (Labs, German shepherds, and golden retrievers have held steady in the top spots.) Rover, a popular dog walking service, says that since last year, it’s seen a 30 percent increase in the number of Australian shepherds on its platform and a 50 percent increase in mini Aussies.

Leland, who started breeding mini Aussies seven years ago (she registers with the American Stock Dog Registry), also says the trend has been snowballing. She’s seen interest from people who always loved the look of Australian shepherds but didn’t think their lifestyle could accommodate a 60-pound dog — young apartment dwellers in big cities, for instance, or people who travel a lot. As the visibility of mini Aussies has grown, those people have realized that they can get a 15-pound version of the same animal instead.

Indeed, the rise of the mini Aussie speaks to a broader shift in dog ownership, driven in part by Americans’ migration to urban areas: Small dogs, which started the 21st century as the least popular dog size, overtook their medium and large counterparts in popularity in 2008, the Washington Post reported in 2015.

Though the AKC distinguishes between Australian shepherds and mini American shepherds, standard, miniature, and toy Aussies are varieties of the same kind of dog, says Leland. You can breed for size to a certain extent, but small stature isn’t guaranteed: One litter can include siblings of different sizes, and you could get a full-size Aussie from two minis. Gabby Rundle, the owner of a 50-pound Aussie named Patches, says his mini parents were both under 30 pounds. She calls Patches a “medium.”

Rundle has seen the number of mini Aussies explode in Boston, where she lives.

“It’s crazy, they’re everywhere,” she says. “Patches is almost 2, and when we were researching Aussies, we didn’t see them anywhere.”

Mini Aussies have a lot going for them, starting with their portable, apartment-friendly size and striking good looks. The breeders and owners I interviewed for this article said that they constantly get stopped on the street when they’re walking their dogs. Because of the wide variation in the color of mini Aussies’ coats and eyes, the breed was destined for success on social media. Outdoor Voices CEO Tyler Haney, for instance, has a heartbreakingly cute Instagram account dedicated to her two “tiny Aussie cowboys.” 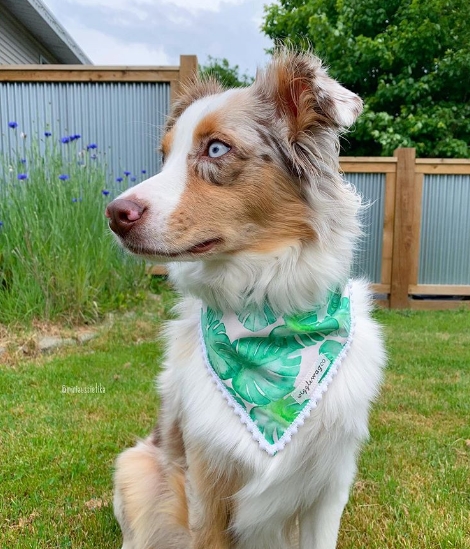 But everyone I spoke to cautioned against buying a mini Aussie just because they’re adorable and seemingly easy to care for due to their small stature: Since Aussies are hyper-intelligent herding dogs, they typically need a lot of mental stimulation and physical exercise, and those unable to give them that should find another breed to love. Similarly, people who don’t want to spend a ton of time tending to their dog should steer clear, because Aussies stick to their people like glue.

“They’re very smart and very easy to train because they pick up on everything. They just want to be with you and doing whatever you’re doing,” says Rundle, who has Patches by her side during our phone call. “I’m feeding him watermelon right now.”